A Travel Guide For Train Travel In China.

Here you will find information for China about trains, routes, tours, connections, where to buy train tickets, and more. 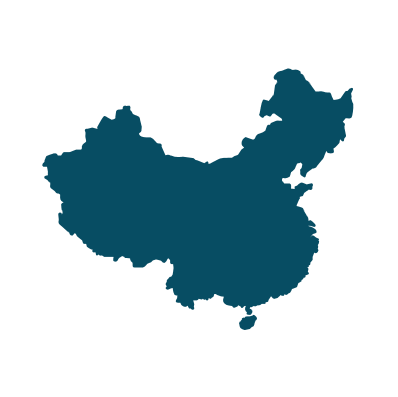 The trains in China are operated by the Chinese State Railway.

Buy your cheap train tickets for China online at Trip.com.

Buy your train tickets for China online at KLOOK.

There are no rail passes available for China.

G-trains (Gaotie) and D-trains (Dongche) are high-speed trains that connect major cities in China and run up to 200-300 km/h.

Trains are equipped with air-conditioned coaches and three different classes. Most of the long-distance trains have a restaurant car and offer drinks and snacks. There are Chinese toilets and western toilets as well.

Ürümqi to Amalty and Nur-Sultan, Kazakhstan: are connected by rail two times a week.

Best Time To Travel To China

As China is a large country, it comes with a variety of weather patterns and the best times to visit throughout the year. There are continental, subtropical, and tropical climates throughout the country with most rain falling between June and September. We recommend however to travel in China’s spring and fall seasons, April and May, and September and October. Most of the country has pleasant weather during this time, less rain, cooler temperatures, and minimal humidity unlike in the dead of summer. In the springtime you will be able to see the country blooming and in the fall, changing colors.

Like we said China is a big country and maybe overwhelming with all of its choices however, we want to take it sight by sight, station by station with you. China is known for its crowded, busy cities and also its outstanding nature, and you can definitely experience these both! For must-visit strikingly large metropolises, check out Shanghai, Beijing, and Guangzhao, and for slightly smaller cities visit Xi-an, Harbin, Suzhou, Hangzhou, Guilin, and Lhasa.

For the brave at heart, look into the Haohan Qiao “Brave Man’s Bridge,” the mile steep hike up Huashan Mountain, or the glass cracking East Taihang Glasswalk… but if you’re happier staying on the ground we don’t blame you. Head to the Huanglong Travertine Pools to find stunning colorful calcite terraces and to the Badain Jaran Desert to hear the dunes sing (the most singing occurs in the summer). The Tian Sian Mountains will make you think you’re on the set of Avatar, and a visit to the Zhangye National Geopark may have you question geology.

With so many options you’ll be spoilt for choice, but try not to leave the country without having seen the classics that everybody should see on their visit to China such as the Forbidden City and the Terracotta Army, but did you know you can spice up your visit to the most iconic attraction in China? Not only can you take that walk you’ve always wanted to on the Great Wall of China, but you can descend by the toboggan slide on the Mutianyu section where you will have more memorable views of the Wall than if you descended by cable car!