A Travel Guide For Train Travel In Russia.

Here you will find information for Russia about trains, routes, tours, connections, where to buy train tickets, and more. 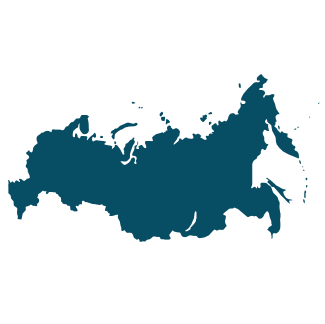 Due to the political atmosphere in Russia and the unprovoked attacks in Ukraine, we do not recommend traveling to Russia. Please inform yourself in advance about possible entry restrictions. Stay healthy and safe travels.

Railwayhero does not take responsibility for any rail company or country’s decision to limit or refuse travel.

The rail network in Russia is operated by the state railway company – RZD.

Allegro trains from Helsinki to St. Petersburg are operated by Karelian Trains.

Buy your train tickets for Russia on the official homepage of Russian Rail – RZD.

There are no rail passes available for Russia.

Regional Trains are slow trains, that stops often at every station.

Sapsan is a high-speed train operating between St. Petersburg and Helsinki.

Best Time To Travel To Russia

We suggest visiting from April to October, bearing in mind that the mid-summer months of June, July, and August will be spendy. We recommend this none the less due to the increased amount of daylight hours you’ll have and the favorable season(s) you’ll experience. Russia is known to have some pretty frigid winters* in the typical places most people tend to visit, such as St. Petersburg, Moscow, and anywhere along the Transsiberian Railway Line; however, the south of Russia along the Black Sea boasts a Mediterranean climate. Around the Sochi area, you will find mild winters and warm summers where the water is warm enough to swim in all the way up to October. Who would have thought you could do that in Russia?!

Russia is a beautiful and expansive country where it’s impossible to see it all in a lifetime but hopefully you can get to see as much as possible of the country on whichever route you may journey on. The country is known for its several forms of art, so why not take a tour through the world-famous Hermitage, attend a ballet or a classical concert. The architecture is also something else to marvel at while touring on through the canals of St. Petersburg, admiring the Amber Room in Catherine’s Palace, wandering the gardens of Peterhof, or even while counting the colors used on the exterior of St. Basil’s Cathedral.

What some options that are a bit different than your average tourist attraction? Check out Bunker 42, Museum of Hygiene, Russian Fashion Week (March and October), the underground mall at Tverskaya Street, the Faberge Museum, Kizhi Island on Lake Onega, VDNH Park, Izmailovo Kremlin (the “other” Kremlin), and Fort Zverev.

*If visiting in the winter, Lake Baikal creates peculiar ice structures that will be hard to believe they were naturally made. There are also several winter activities on the lake such as dog sledding and snowmobiling.