A Travel Guide For Train Travel In North Macedonia.

Here you will find information for North Macedonia about trains, routes, tours, connections, where to buy train tickets, and more. 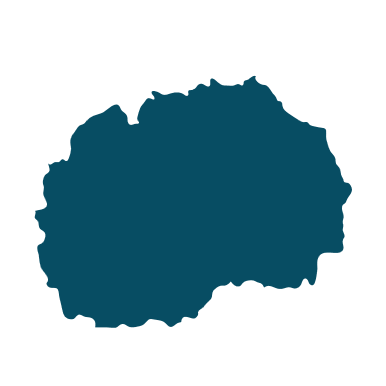 The trains in North Macedonia are operated by Macedonian Railways.

Buy your tickets for North Macedonia at the train station; however, if you are buying tickets to go from Serbia to North Macedonia, use the official Serbian Railway page.

Do you want to travel throughout Europe flexibly and comfortably? Then the Interrail Pass is perfect for you. With the Interrail Pass, you can visit 40,000 destinations in 33 countries in Europe. You can travel for up to 3 months by train.

With the Balkan Flexi Pass, you can travel by train through 8 countries in Eastern Europe. This pass allows you to travel by train in Bosnia & Herzegovina, Serbia, Montenegro, Macedonia, Greece, Bulgaria, Turkey, and Romania.

The major rail network in North Macedonia is composed of the following trains:

* route from Skopje, North Macedonia to Thessaloniki is by bus

We recommend visiting North Macedonia anytime from April to June, or from September to October, other months are also favorable but we find these to be the best outside of the peak tourist season with great weather. May and June offer views of lush landscapes. November through March offers snow in the mountainous regions of the country and further south offers a Mediterranean climate.

For the adventurers out there, spring and summer (March-August) are best for trekking in the Šar Mountains, Matka Canyon, Mount Jasen, as well as the Mavrovo National Park.

For the more cultural side of the country, head to Ohrid to enjoy the ruins, medieval churches, and monasteries, or attend the Ohrid Summer Festival to see concerts, traditional dress, and dances. The capital of Skopje also has a summer festival, which is worth a visit. If not visiting during the summertime, note that Skopje can be quite smoggy from November to February.

Check out the 12th century Old Bazaar in Skopje, visit the monastery of St. Naum, or look through the Bay of Bones in Ohrid. For a small country, it sure has plenty of highlights, and it won’t leave you hungry. Before leaving, make sure to get your tummy’s fill of tavče gravče, gevrek, ajvar, and rakija!